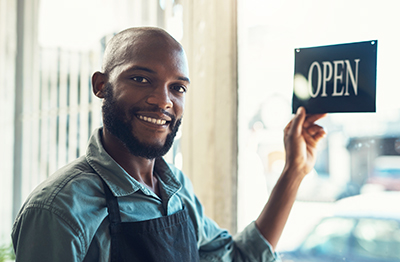 Amid the pandemic-induced confusion over Business Interruption Insurance, one immutable fact about this form of Property and Casualty coverage too often is overlooked: It provides valuable protection that can make the difference between going out of business and re-opening to carry on your business’ legacy.

Take the case of the Pennsylvania baking company that lost an entire year’s worth of business after a catastrophic fire. Before the blaze occurred, the baker’s insurance broker convinced management that its $3.5 million Business Interruption policy was insufficient to cover the lost income and incurred expenses the company would suffer if a prolonged shutdown were to occur. The company listened to its broker’s advice, and thanks to the $18.5 million in coverage it had in place when the fire turned risk into reality, the baker recovered from the fire and resulting loss of business. Today, it’s a bigger operation than it was before the fire took place.

Business Interruption Insurance (also known as Business Income Insurance) covers business income lost because of direct, physical property damage caused by a peril that is not excluded in the policy. Covered perils may include:

(Note that flood is not a covered peril in standard Business Interruption coverage; Flood Insurance must be written into the policy or purchased as separate coverage.)

As explained by the Insurance Information Institute, under specified circumstances, Business Interruption Insurance pays for expenses including:

Coverage may also apply to extra expenses necessary to keep a business solvent, such as:

Working in consultation with a knowledgeable insurance broker, a policyholder may select a term that extends coverage until the business resumes operations. Because businesses require time to fully restore customer support, you also should work with your broker to add policy endorsements that extend additional Business Interruption coverage beyond the standard 30 days to as long as two years.

Coverage for Interruption by Civil Authority

Civil Authority Business Interruption coverage may apply when government forces a business to close because of damage or construction at a nearby property (typically within a one-mile radius) that results in municipal road closures, preventing foot traffic to your business’ location. The term for this coverage typically is two to three weeks, though both the number of days and the radius of coverage area may be expanded through an endorsement to the policy.

“Civil Authority Coverage will begin 72 hours after the time of the first action of civil authority that prohibits access to the described premises and will apply for a period of up to four consecutive weeks from the date on which such coverage began.”

Few would argue that countless businesses have suffered greatly due to the pandemic – many to the extent that they’ve closed their doors for good. Disagreement occurs when a policyholder submits a Business Interruption claim for a loss not caused by direct physical damage to property.

Policyholders and their attorneys have taken their claims to court, suing insurers for damages, but the vast majority have lost. In reporting on one rare exception – a Texas case in which U.S. District Court Judge Amos L. Mazzant ruled against insurance company FM Global’s bid to dismiss a $500 million Business Interruption brought by movie chain operator Cinemark Holdings – Claims Journal observed: “Mazzant’s ruling was the first of any state or federal judge since March 31 that rejected in whole an insurer’s motion to dismiss a COVID-19 business-interruption lawsuit, according to a litigation tracker maintained by the University of Pennsylvania’s Carey Law School. During that time, two judges granted partial dismissal and 48 judges fully dismissed COVID-19 lawsuits or granted summary judgment for the insurer.”

In other words, even if Cinemark succeeds in suing for communicable disease coverage, the claim awarded may be far less than the $500 million it seeks.

The stakes in such cases far exceed individual claim amounts. Were Business Interruption claims to be honored despite policy exclusions for communicable disease, the Property and Casualty Insurance industry would face an existential threat, with prospective payouts totaling far more than the surplus companies maintain for coverage of legitimate claims.

Suppliers and receivers of a closed business’ goods or services also may be covered under Contingent Business Interruption.

As Alera Group reported in an April 2021 article on Supply Chain Insurance, Contingent Business Interruption Insurance covers losses caused by a disruption in the supply chain, whether the disruption occurs at the point of origin or at the back end, shutting down one or more of your customers. Standard insuring agreements typically require three elements be present to trigger coverage:

As with any insurance coverage, attention to the details of the policy is paramount. That’s why it’s imperative to work with an agent or broker who knows your industry, understands your business and has an established reputation among insurance underwriters – especially in a Property and Casualty hard market characterized by heightened scrutiny and selectivity, and decreased capacity.

Keeping an Eye on Your Competition

Business interruption is far from the only challenge brought about by the COVID-19 pandemic. Changes in where, how and even why people work have made the current employment market highly worker-friendly, heightening competition to attract and retain talent. Among the key enticements: a well-conceived, valuable employee benefits program.

Join Alera Group on Wednesday, August 11, for a webinar designed to inform you how your employee benefits offerings compare with those of your peers and competitors: “Grow Through Benchmarking: 2021 Survey Results Reveal.” During the presentation, our benefits experts will demonstrate how your organization can strategically compare your offerings to those of similar entities.

REGISTER FOR THE WEBINAR