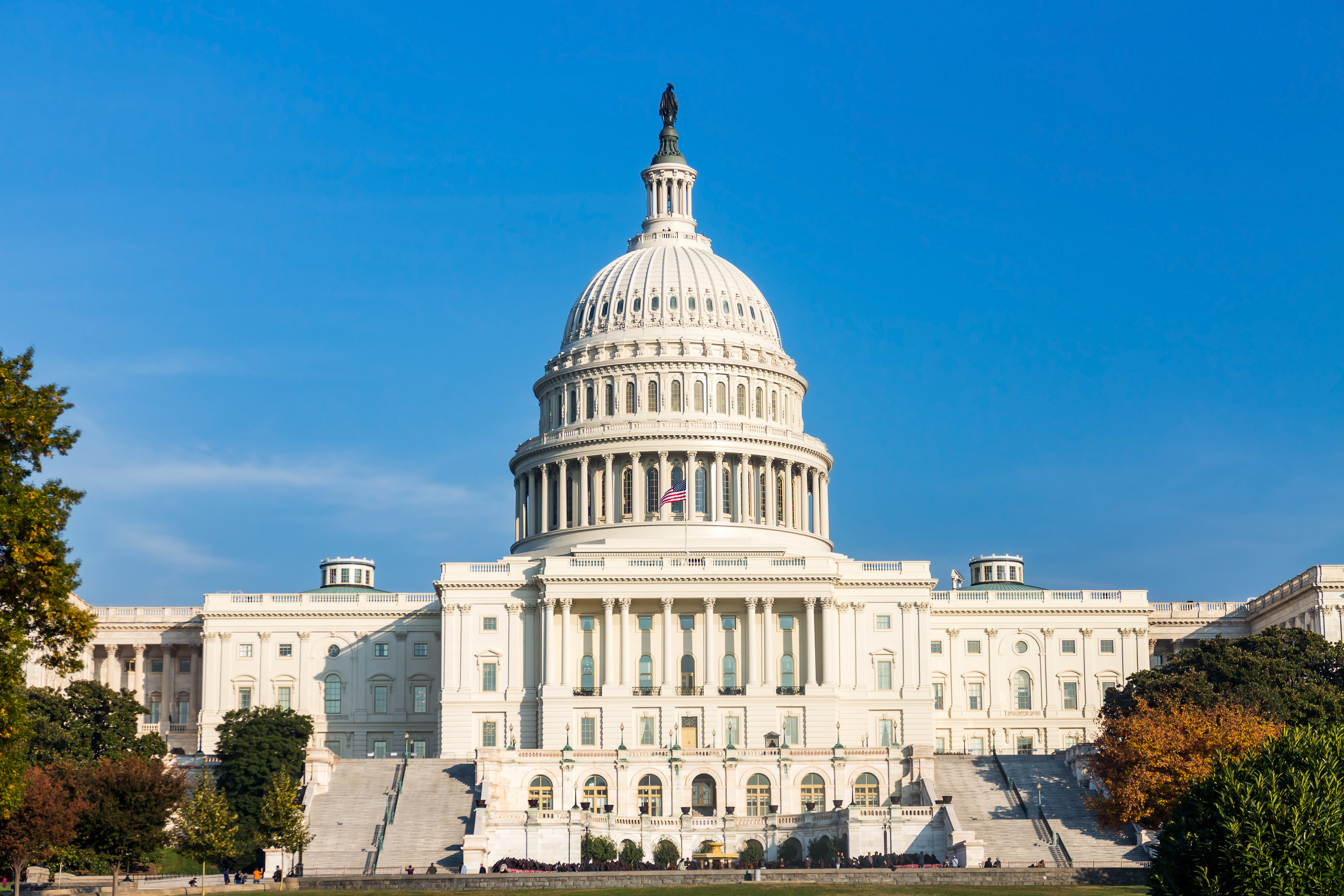 The United States capitol builing on a sunny day. Washington D.C., U.S.A.Medical Loss Ratio Rebates Under the Affordable Care Act
The U.S. Department of Health and Human Services (“HHS”) has provided guidance on the Affordable Care Act’s (“ACA’s”) medical loss ratio (“MLR”) rule, which requires health insurers to spend a certain percentage of premium dollars on claims or activities that improve health care quality or provide a rebate to policyholders.  HHS has released amended and final regulations (the “Regulations”), which govern the distribution of rebates by issuers in group markets.  At the same time, the U.S. Department of Labor (“DOL”) issued Technical Release 2011-04 (“TR 2011-04”), which clarifies how rebates will be treated under the Employee Retirement Income Security Act of 1974 (“ERISA”).

Medical Loss Ratio Rule
The MLR rule requires health insurance companies in the group or individual market to provide an annual rebate to enrollees if the insurer’s “medical loss ratio” falls below a certain minimum level—generally, 85 percent in the large group market and 80 percent in the small group or individual market.  For these purposes, the numerator of the MLR equals the insurer’s incurred claims and expenditures for activities that improve health care quality, and the denominator equals the insurer’s premium revenue minus federal and state taxes and licensing and regulatory fees.

Rebates under ERISA
TR 2011-04 clarifies that insurers must provide any rebates to the policyholder of an ERISA plan (typically, the employer).  To the extent that a rebate is owed to a group health plan governed by ERISA, any rebates paid to such plan may become “plan assets,” subjecting the policyholder and plan sponsor to special obligations concerning the treatment of the rebates.  If the rebates are plan assets, then any individual who has control over the rebates is a “fiduciary” under ERISA and must act accordingly.

To avoid ERISA’s trust requirements, rebates must be used within three months of receipt by the policyholder to provide refunds or pay premiums (for example, directing insurers to apply the rebate toward future participant premium payments or toward benefit enhancements adopted by the plan sponsor).

Treatment of Rebates to Enrollees under ERISA plans
The Regulations require insurers of group health plans to pay rebates directly to the policyholder, who will be responsible for ensuring that employees benefit from the rebates to the extent they contributed to the cost of coverage.  Rebates will most often take the form of premium reductions or other reductions in cost sharing under the plan.

To the extent employees are entitled to a share of a rebate, it is not taxable to them if provided in the form of a premium reduction or other reduction in cost sharing under the plan.  Note that if an employee’s pre-tax premium contribution is reduced one month, then his/her paycheck will be slightly higher that month.  For example, if an employee’s monthly contribution is $100, but due to a rebate it’s only $95 one month, the extra $5 remains in the employee’s paycheck and is subject to taxes and withholding.

Treatment of Rebates to Employers
In situations where a plan or its trust is the policyholder, the DOL’s position is that the rebates are generally assets of the plan.  Generally, the DOL will use “ordinary notions of property rights” as a guide.

In situations where the employer is the policyholder, the employer may, under certain circumstances, retain some or all of the rebates.  In such situations, the DOL will look to the terms of the documents governing the plan, including the insurance policy.  If these governing documents are unclear, then the DOL will take into consideration the source of funding for the insurance premium payments.  In such situations, the amount of a rebate that is not a plan asset (and that the employer may therefore retain) is generally proportional to the amount that the employer contributed to the cost of insurance coverage.  For example, if an employer and its employees each pay a fixed percentage of the cost, a percentage of the rebate equal to the percentage of participants’ cost would be attributable to participant contributions.  In the event that there are multiple benefit options, a rebate attributable to one benefit option cannot be used to benefit enrollees in another benefit option.

Allocating the Employees’ Share of the Rebate
The portion of the rebate that is considered a plan asset must be handled according to ERISA’s general standards of fiduciary conduct.  However, as long as the employer adheres to these standards, it has some discretion when allocating the rebate.

For example, if the employer finds that the cost of distributing shares of a rebate to former participants approximates the amount of the proceeds, the employer may decide to distribute the portion of a rebate attributable to employee contributions to current participants using a “reasonable, fair, and objective” method of allocation.  Similarly, if distributing cash payments to participants is not cost-effective (for example, the payments would be de minimis amounts, or would have tax consequences for participants) the employer may apply the rebate toward future premium payments or benefit enhancements.  An employer may also “weight” the rebate so that employees who paid a larger share of the premium will receive a larger share of the rebate.

Ultimately, many employers provide the employees’ share of the rebate in the form of a premium reduction or discount to all employees participating in the plan at the time the rebate is distributed.  Employers should review all relevant facts and circumstances when determining how the rebate will be distributed.

Lastly, note that employers could potentially draft their plans to be clear that the employer retains all rebates; however, employees receive communications from the carriers that they may receive a rebate, so employers should consider the potential employee relations issues of that approach as well.

Recommendations
Employers should ensure that they have appropriate procedures in place for determining the amount of any MLR rebate issued by an insurer that would be considered “plan assets” under ERISA.  Employers may want to revisit how they have treated demutualization proceeds or other rebates for assistance as to how they should treat any MLR rebates.